Home » Momentum is Building for Truth-Telling

Momentum is Building for Truth-Telling

First in a two-part series.

The Minnesota Council of Churches (MCC) is moving into a decade-long commitment to truth telling, education, and repair with Native American and African communities. Those communities suffered deeply from America’s original sins: Slavery and Native American genocide. Those sins have never been fully acknowledged or addressed, let alone healed or repaired.

McCleave (Turtle Mountain Ojibwe) put the work ahead in stark terms: “Why don’t we tell the truth about genocide in this country?” she asked. “Because people have things they will lose. It’s tied to Empire and control and money and land.”

At the same time, there’s a tremendous amount of healing that can happen and actions that could put this nation and its religious institutions on a more solid moral foundation.

Dr. Yuhuru Williams, Distinguished University Chair and Professor of History and Founding Director of the Racial Justice Initiative at St. Thomas University, gave the second keynote the following day. (His comments will be the subject of a subsequent blog.)

MCC’s vision for this work includes Truth and Reconciliation commissions, Diversity, Equity and Inclusion trainings in congregations, and reparations to BIPOC communities for the harm done by white supremacy in Minnesota.

The Council’s initial work will focus truth telling. Here are some takeaways from McCleave’s talk. 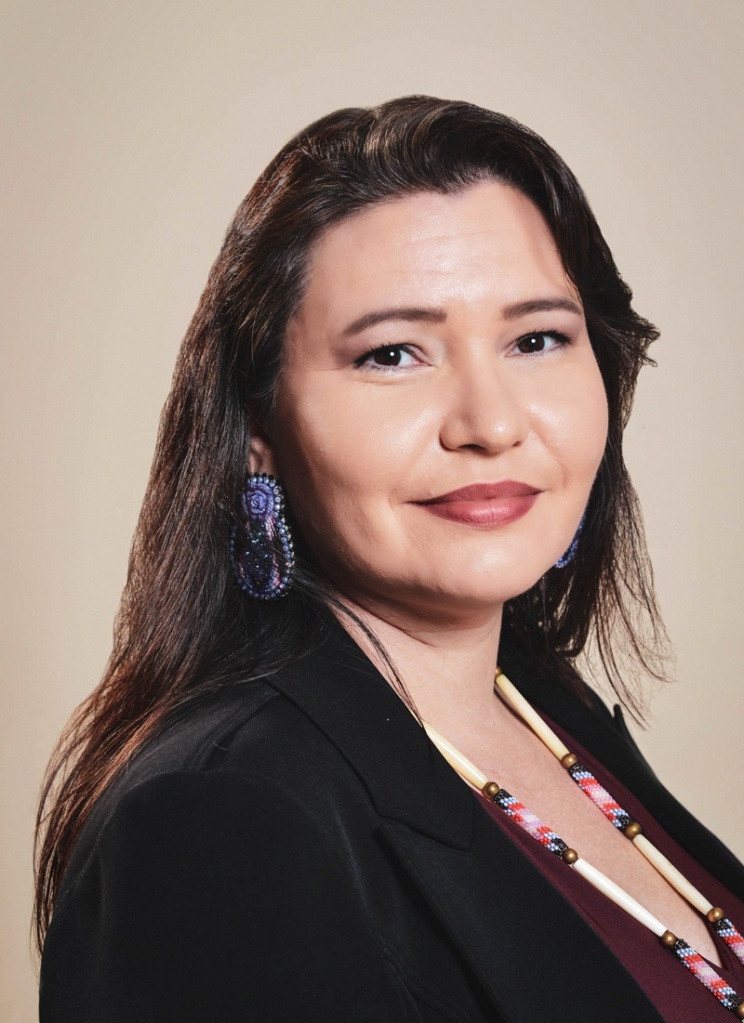 Indigenous peoples had, and continue to have, incredible oral histories, including their origin stories, their teachings, and their lineages, McCleave said.

“Some people could recite their lineage back 1,000 years,” she said.

“We knew who we were as Indigenous peoples. We knew how to be in relationship with each other and the land. We had vast knowledge systems. We had government systems. We had plant medicines. We had so much that did not get recognized through colonizers’ worldview.”

And boarding schools tried to take away all that knowledge.

“It’s an act of healing to know our histories,” McCleave said. 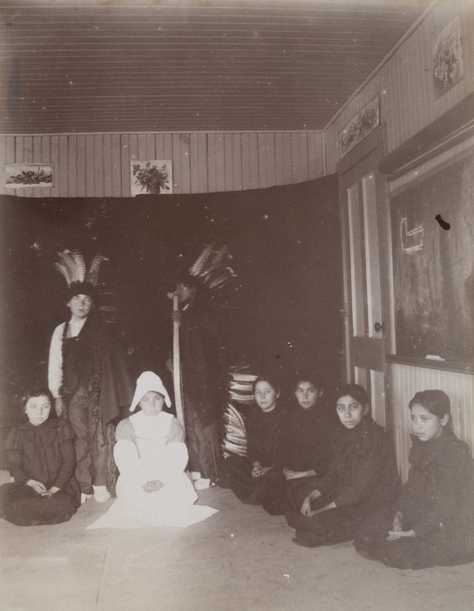 McCleave shared her own story to help explain the devastating impact boarding schools had on traditional Native families. (Boarding schools forced children to give up their languages, cultural ways, spirituality, traditional dress, and even their names.)

McCleave’s grandparents didn’t raise her mother, who got sent to live with another family on the reservation. When her mother was pregnant with Christine, her mother was sent to an unwed mother’s home and told to give Christine up for adoption.

“When I had my first child, I struggled,” McCleave said.

She didn’t know how to be a good mother. She didn’t have the parenting skills or the traditional teachings to help her. She ended up giving custody of her son to his father.

So through five generations of McCleave’s family, the boarding school message got passed down: “Your child would be better off being raised by someone else.”

McCleave would eventually get her son back.

Lesson from Canada’s Truth and Reconciliation Commission: It’s only the beginning

News reports have come out of Canada about the “discovery” of unmarked children’s graves at the sites of former Canadian residential schools, a term McCleave strongly rejects.

They weren’t discovered, she said. Indigenous communities and relatives knew the graves were there. Even the Canadian government knew where they were. The information was in the Truth and Reconciliation Commission testimony and report. It’s just that the government declined to fund efforts to find them.

Native communities took on the work and started locating the grave years after Canada’s Truth and Reconciliation process finished.

“So that is to say that the Truth Commission is not the end all and be all,” McCleave said. “We need one. But it will just be the beginning of our work.”

The Carlisle School in Pennsylvania was the archtype for boarding schools. (Photo: Wikipedia)

The Carlisle School in Pennsylvania was the first off-reservation Indian boarding school. The goal was to get children so far away from their families that they couldn’t try to run home, McCleave said. (Still, many tried to get home, but not all of them made it.)

There were more than 215 children buried at Carlisle alone. Native communities began pressing for their remains to be returned, McCleave said. The Army, which controls the former Carlisle School site, initially said “no.” And it was insulting about it, “things about the graveyard being a tourist attraction and having international visitors,” she said.

“This summer, 2021, the repatriations produced a much more extensive impact,” McCleave said. “I watched video of these children being returned to the Rosebud Reservation in South Dakota with a caravan of 400 cars behind them. And as they were brought into the assembly hall, people sang, and cried, and smudged, and wailed. And that unresolved grief that we’ve been carrying for centuries was able to come out.”

In 2016, the Native American Boarding School Healing Coalition filed a Freedom of Information Act requiest with the government asking how many Indian boarding schools existed, how many Native children attended them, and how many children died at school.

The government said they don’t do research and they could not fulfill the request.

The Coalition has done independent research and so far has identified 367 schools, yet only located records for about 38 percent of them.

The federal government has records at the National Archives, we know where they are, McCleave said. The rest are believed to be in church archives, historical societies, museums, personal collections, and libraries.

“We need the church bodies to find the records,” McCleave said.

The federal government passed a lot of legislation in the ‘70s that changed the way the Indian boarding schools run, McCleave said. There are still some 73 Indian Boarding Schools operating across the country. Today, they  promote Native languages and cultures instead of suppressing them.

However, although boarding schools have changed, “our children are still being targeted and they are still being removed from their families. “But now it’s under the Child Welfare system,” McCleave said.

And the Indian Child Welfare Act – and law meant to keep Native children in Native communities – is now under attack. “People are trying to have it ruled unconstitutional saying it’s race based. It’s not” she said.

“The harm is still ongoing.”

A video of McCleave’s speech will be posted soon on MCC’s website.